The Global Employability University Ranking and Survey (GEURS) shows which are the Best 250 universities in the world, when measured by employers. First released in 2010, the GEURS ranking is  produced by Emerging and is currently the second most used ranking by employers worldwide.
Since 2016, it is published in partnership with the Times Higher Education.
Our dashboard powered by HEEP monitors university performance over time. 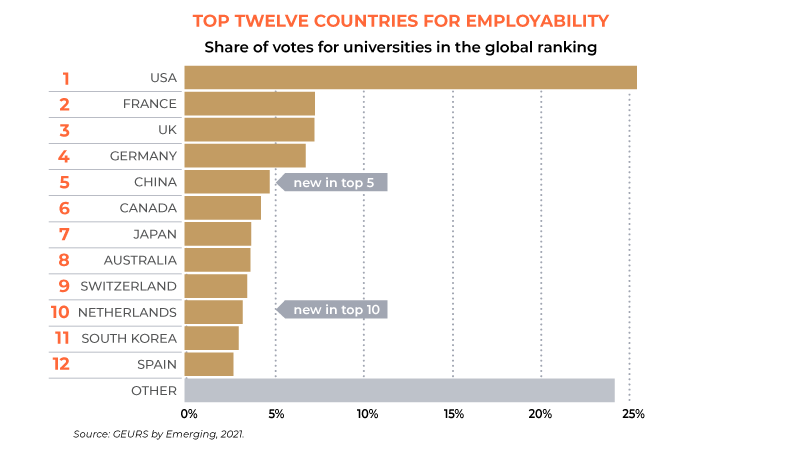 The ranking shows rapid global diversification of top universities and countries when measured by employability. In total, universities from 44 countries and regions are represented in the table of 250 institutions, from Brazil to Belgium and Malaysia to Morocco . More challengers countries and universities are to appear in the next years.

For the main findings of our GEURS 2021 ranking, please consult our press report.

Do you wish to learn more about your university's ranking results over time?
HEEP is our Higher Education Evaluation Platform, a university performance monitoring tool. In the applet powered by HEEP you may select several universities and get a preview. Contact us for more information.